The Psychology of Success: Successful People Think Differently about Failure 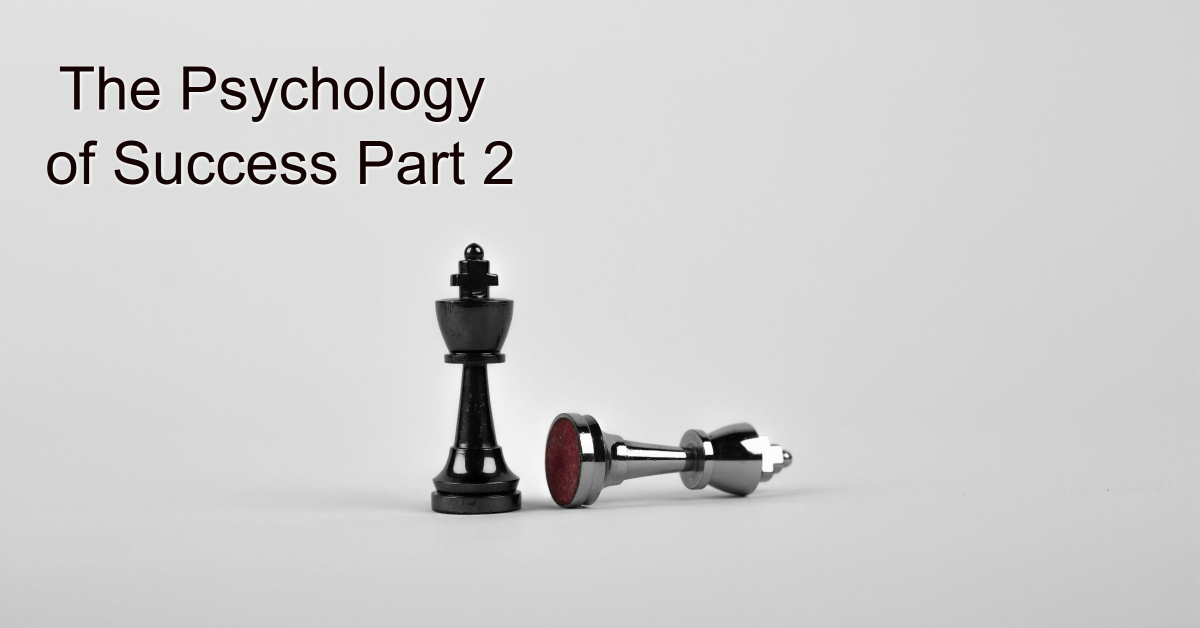 Read Part 1 on The Psychology of Success Here

Our success mindset shapes the behaviors we use to achieve success. Think back to B.F. Skinner’s ground-breaking experiments about behavior modification and operant conditioning.

A hungry rat was placed in a skinner box. The box contained a lever on the side.  As the rat crawled around the box it would accidentally touch the lever. Immediately a food pellet dropped into a container next to the lever.  And the rest is history.  The rats quickly learned to push the lever whenever they were put in the box.  The rats’ behavior was a direct result of what they learned and thought.

To state the obvious, the conditioned rats demonstrated only one behavior as a means for receiving food; they pushed the lever.  None of the rats demonstrated any other behavior to get a food pellet; they didn’t try to bite through the container to get the food; they didn’t wait patiently for food to appear; they pushed the lever because that is what they thought would bring success … food.

The same principle applies to people.  Our internal success mindset, our personal “psychology of success,” determines which behaviors we choose in order to achieve success.  As I hinted in the previous post, the belief system of the fixed mindset is very different from the growth mindset.  Specifically, the behaviors and reactions of people who believe that talent determines success is radically different from people who believe that attitude and effort determine success.

It’s easy to deduce how someone thinks about success by the behaviors they use.  Not only are the behaviors of a fixed mindset and a growth mindset vastly different, but the results are radically different too.

If your success mindset says that success is the primarily the result of your natural ability and talent, then there are behaviors that you’ve chosen to ensure your present and future success.  You recognized early on that you had a natural affinity for certain things.  For instance, if you have the ability to think quickly on your feet, you may have gravitated toward the debate team and a career as a lawyer.  Or if you had great eye/hand coordination, you may have excelled in sports like baseball or hockey and dreamed of becoming a professional athlete.

This demonstrates one of the behaviors of fixed mindset thinking:  specialization.  People specialize when they recognize that they are good at some things and not good at others skills.  Unfortunately, it’s only a matter of time when the talented specialist experiences failure.  And for people with a fixed mindset, experiencing failure has a devastating effect on them.  They usually internalize the experience and say they “feel like a failure.”

Of course, the problem in linking talent to success is that a bad experience at a young age could damage a child’s self-esteem and development.

Educator John Mighton says that many children as young as five years old begin to evaluate themselves against their peers. They quickly form an opinion as to whether they are smart or dumb.   With kids, there aren’t many gray areas.  They don’t see themselves as 65% percent intelligent.  And once a child believes that they are stupid and can’t read well or do math, they don’t try anymore. They disengage.  Their belief system dictates their actions.  Why should they try to do something that will only end in failure and further humiliation? The child reasons, “I’m just dumb.”   This belief system and subsequent actions stem from the fixed mindset.

On the other hand, if you believe that you are primarily successful because of a positive attitude and perseverance, then in order to be successful, you practice a different set of behaviors.  People with a growth mindset react differently to failure.  Rather than being devastated by failure, they enjoy being challenged by difficult situations.  They navigate through difficulties by adopting the mentality of a learner.  When they fail, they look for what went wrong and discover ways to improve.  And because they believe in continual improvement and hard work, they persevere until they are successful.

As you can see the behaviors of the two mindsets are polar opposites.  It matters not only HOW you think about success, but also how you think about yourself.  Liz Wizman coined the phrase, “Are you a genius or genius maker?”

By definition, a genius is a person who possesses exceptional intellectual, natural abilities.  Many dictionaries perpetuate the impression that a genius is a person who is born with and therefore possesses amazing talents and abilities. However, many famous “geniuses” were failures in early life and struggled at school.  Thomas Edison’s teachers told him he was “too stupid to learn anything.”  Charles Darwin was considered “a very ordinary boy, rather below the common standard of intellect.”  Einstein did not read until he was seven, causing his teachers and parents to think he was mentally handicapped and slow.

Let me summarize by saying that in reality, many people are a combination of both the fixed mindset and growth mindset. These two mindsets are found on a spectrum of success.   And at times people will find themselves moving back and forth on the continuum depending on the challenges they face.  In some situations they act like their success is the result of talent.  In other situations, they achieve success through a positive attitude and perseverance.  When you find yourself exhibiting behaviors that hold you back, correct your thinking and change your behavior.  If you do, you’ll see that in reality a genius is made, not born. 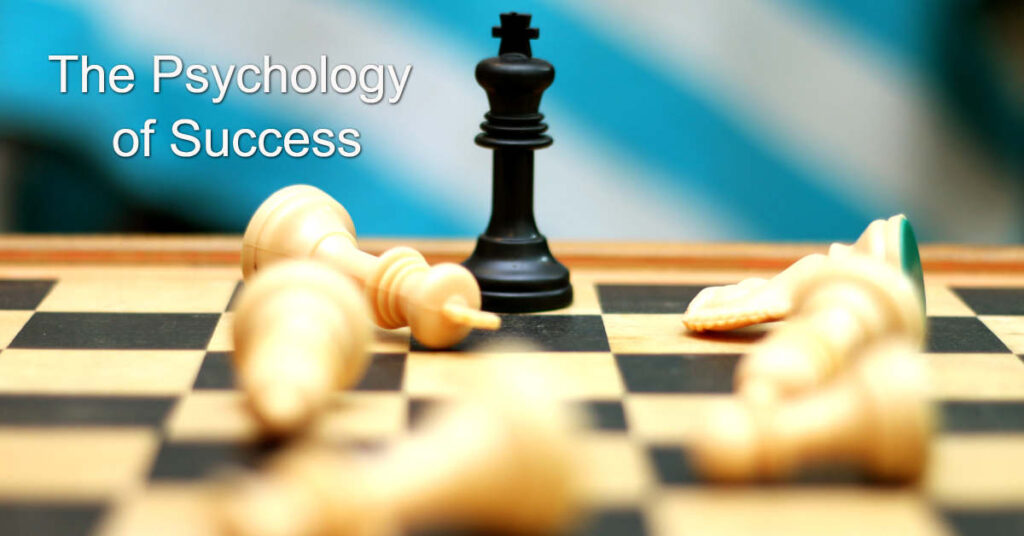 The Psychology of Success: How do YOU think about it?

Most people desperately want to be successful. We want to perform well at work, improve ourselves,... 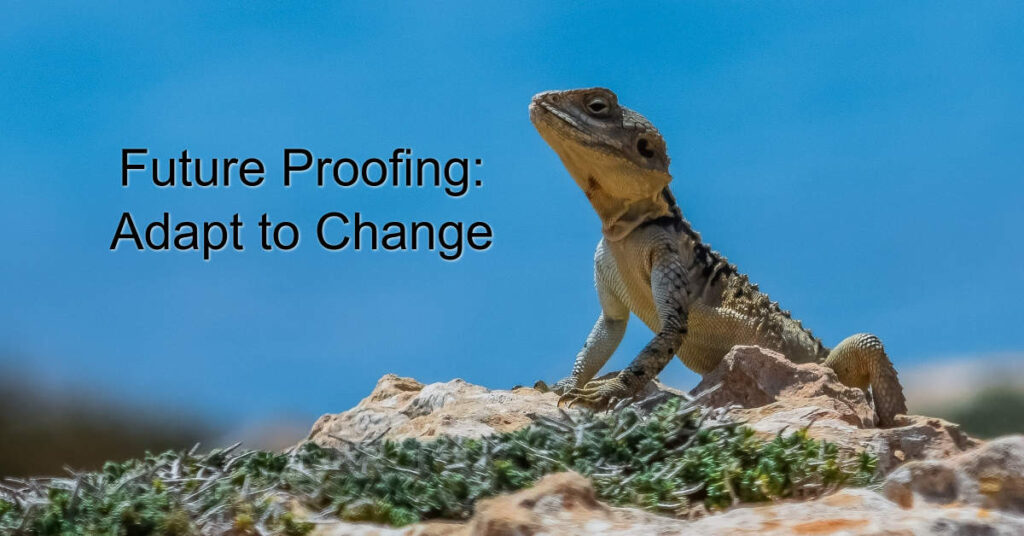 Future-Proof Yourself: Adapt to Change

Is your organization reactive or proactive? Do you find your industry being disrupted or are you...